Message from David Leehey, President of the Board

This is the concert you have been waiting for.

I call it “Choral Fantasies“.

Beethoven did call his piece, “Choral Fantasy“, but Carmina Burana is also a choral fantasy — a choral piece with a lot of fantasy in it.

There are a lot more similarities between these pieces than one might think:

Hope to see you at the concert

Sad News About Our Webmaster

We are shocked and saddened by the sudden death of Janet Barnstable, our beloved webmaster.

Both Janet and her partner, Richard, perished in a house fire.

At this time, we are unable to post on the main site.  We are seeking advice and support as we work toward the ability to post on our website.

Our New Season!
2017-2018
We are all looking forward to our fifth open rehearsal with the great conductor of the Chicago Symphony Orchestra, Maestro Riccardo Muti!
This will happen on October 1 at 7 p.m. at Concordia University in River Forest.  (Free admission with the purchase of a ticket to our October 8th concert or a subscription to four concerts.)
Muti always brings his whole package of jokes and a wealth of musical knowledge!  We learn so much from him! It’s an honor to work with a world class musician! 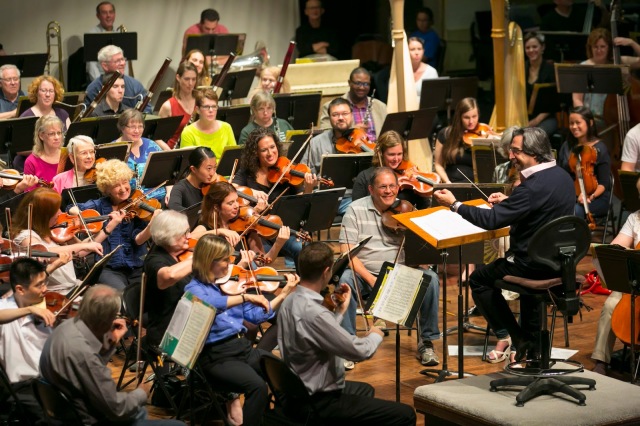 Two Titans of the Romantic Era

By David Leehey, Board President of The Symphony of Oak Park & River Forest

Our March 6 concert features music by the two titans of romantic-era German music, Johannes Brahms and Richard Wagner. Though today hearing the music of these two masters on the same program does not raise eyebrows, that was not always the case.

The “War of the Romantics” is a term used by some music historians to describe the aesthetic schism between two opposing musical philosophies in the 19th century. The conservatives favored Brahms, who was seen as the heir to the great tradition of German music as it had passed from the Baroque masters such as Bach, through the Viennese classicists (Haydn and Mozart), and on to the early 19th century romantics (Beethoven, Schumann, and Mendelssohn). They were believers in absolute music, meaning that the music, in its form, structure, melody, and harmony, could and should stand on its own merits. Their opponents were the progressives of the so-called New German School, led by Franz Liszt and Richard Wagner. The conservatives believed in writing sonatas, chamber music, concertos, and symphonies. The progressives were believers in program music, thinking that the music should tell a story (and often be accompanied by a narrative). This idea led to Liszt’s creation of the symphonic poem (or “tone poem”) and reached its apotheosis in the music dramas of Wagner.

As is true of many things in life, these two opposing camps were not really as dissimilar as many considered them to be at the time. Robert Schumann had been a progressive composer and critic as well as editor of the influential music periodical Neue Zeitschrift für Musik. He had artistically fruitful friendships with both the radical romantics — Liszt in particular — as well as with musical conservatives such as Mendelssohn. However as Liszt’s piano performance antics and the fervid audiences he left in his wake (sometimes called Lisztomania) swept through Europe in the 1840s, both he and his pianist wife Clara turned to the new savior of German music, Johannes Brahms.
Brahms and his fellow conservatives were to write a Manifesto against the perceived bias of the Neue Zeitschrift für Musik, which after Schumann’s death was controlled by the progressives. The manifesto lodged a protestagaints the leaders and pupils of the New German School, declaring its theories, principles and practice to be “contrary to the innermost spirit of music, strongly to be deplored and condemned”. This became a catalyst for spreading the conflict to the German press at large. Liszt, to his credit, did not debate the manifesto; instead, he let his music speak for him. Brahms, after this one foray into musical politics, was to do the same in the future.

Although it is true that Brahms did not care much for the music of the progressives, the exception was Wagner. Whiles his fellow conservatives loved to despise Wagner’s music, he respected it privately and once told his friends, “I am the best of Wagnerians.”

Another piece of the “War of the Romantics” deserves mention. The composer and pianist Hans von Bülow initially supported the Liszt-Wagner side. That was until his wife, Liszt’s daughter Cosima, left him for Wagner; he then switched his allegiance to Brahms. It was Bülow who called Brahms the third of the Three Bs, after Bach and Beethoven. It does not take a lot of imagination to see why Bülow would change camps.

In its time, the ‘war’ was often seen to reflect a clear demarcation between what was seen to be ‘classical music’ and ‘modern music’, categories which still persist (although differently defined) to the present day. Today when we listen to the music of Brahms and Wagner, we hear the similarities more than the differences.

Following our October 18, 2015 concert, at which we feature music by Vivaldi and Verdi, orchestra members, board members, audience members and families will gather at Trattoria 225 for dinner!

Bill Quick, the owner of Trattoria 225, has planned a lovely meal at the cost of $25 a person.  The restaurant is located at 225 Harrison in Oak Park in the Harrison Street Arts District. 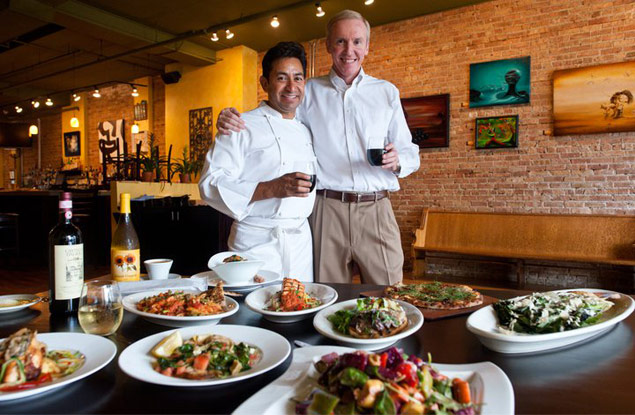 For the third time in three years, Riccardo Muti, the world-renowned conductor of the Chicago Symphony Orchestra will come to work with the orchestra.

Maestro Muti has a mission:  to reach out to the community at large.  To that end he has taken the CSO to the inner city and to neighborhoods that never hear classical music.  He wants to give to others!

We are very fortunate because the orchestra will be able to learn from and enjoy one of the greats of the musical world.

This event will take place on Wednesday, September 23 at 7:30 at Dominican University’s Performing Arts Center.  It is free to the public, no tickets required.

Two members of the orchestra have announced their up-coming wedding in September, 2015.  They are Yi-Chen Huang, violin and Petr Husak, cello.

The two met as fellow orchestra players and their romance bloomed.  Both are wonderful musical leaders and fun people!  We wish them every happiness!